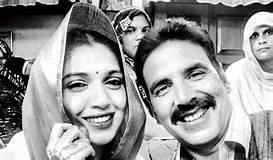 END_OF_DOCUMENT_TOKEN_TO_BE_REPLACED

report jointly prepared by the WHO and the UNICEF says 597 million people practice open defecation in India India still has the largest number of people defecating in open in the world, according to a new UN report prompting the Government to admit it as a “huge shame.” “Globally, India continues to be the country with the highest number of people (597 million people) practising … END_OF_DOCUMENT_TOKEN_TO_BE_REPLACED