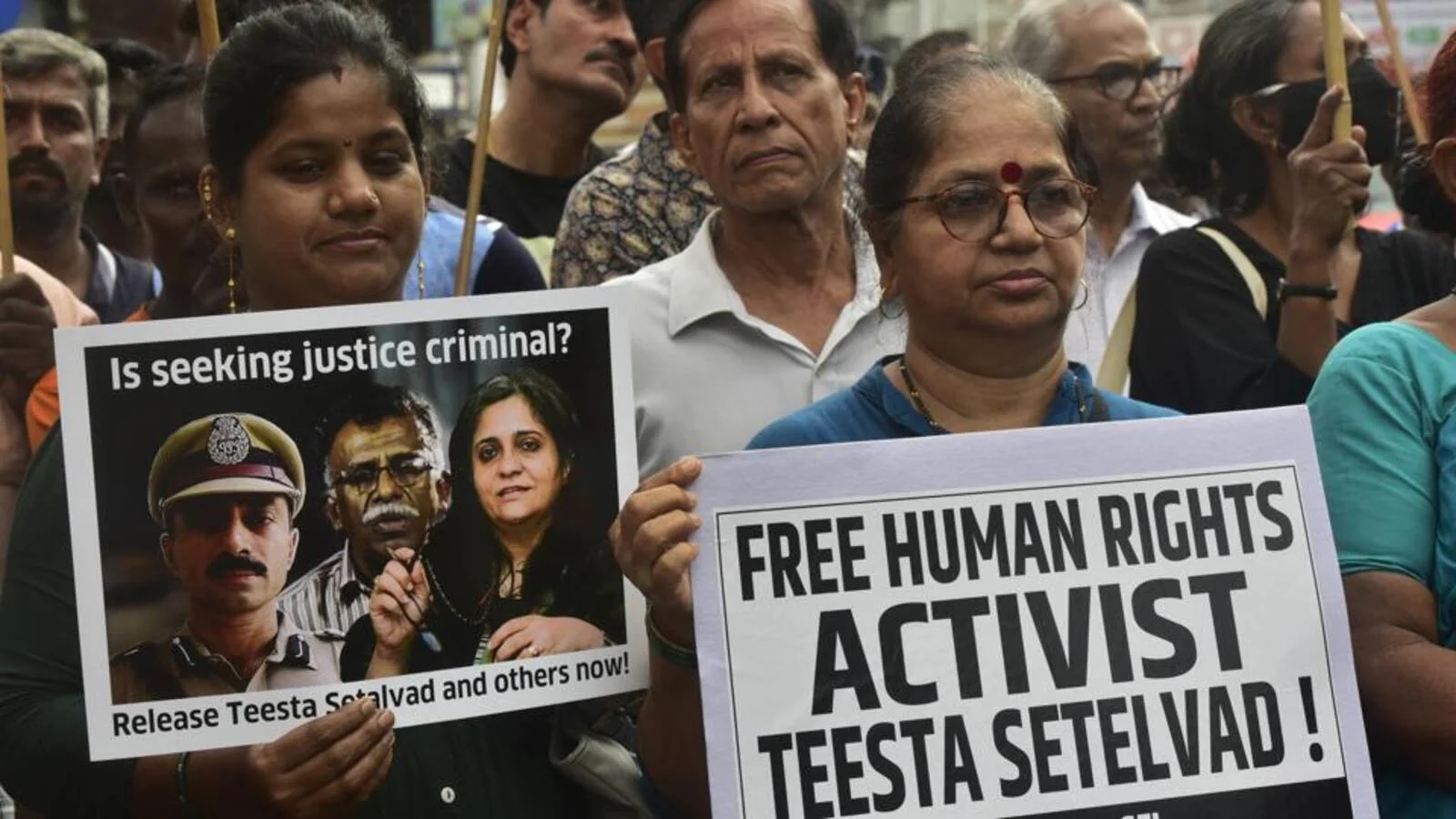 A group of intellectuals from across the world has written to the Indian Supreme Court expressing displeasure at the role played by the court in enabling the arrest of journalist, educationist and human rights defender Teesta Setalvad.

In their letter to the court, they say that they are “deeply disturbed by some of the recent judgements of the Indian Supreme Court, which have a direct bearing on the future of civil liberties and human rights in India.”

The say that “since the petitioners had challenged the findings of the SIT report that gave a clean chit to the Gujarat government for the riots following the Godhra incident, and asked the Supreme Court to order an independent investigation, for the Court to dismiss their appeal on the basis of the very same impugned SIT report seems to us to be unjust.”

Moreover, they feel that “while dismissing their appeal, the Court has quite gratuitously and wholly unfairly attributed ulterior motives to the petitioners,” which in turn enabled the arrest of co-petitioner Teesta Setalvad, along with witness R.B. Sreekumar. They note, “If any patient, prolonged, peaceful, and entirely legitimate pursuit of justice through the due process, is called “keeping the pot boiling”, then this remark, quite apart from being offensive, discourages people from approaching the Court on any matter relating to excesses or dereliction on the part of the executive.”

They also note that “the Court has passed these uncalled-for obiter dicta without even giving a hearing to those against whom these remarks are directed; this sets an unfortunate precedent in jurisprudence.”

Back home in India, many legal luminaries and civil society members have questioned how the Indian justice system has treated Setalvad. In an Interview to LiveLaw, Senior Advocate Dushyant Dave said, “I think the Supreme Court has sent a terribly wrong message. I think what the Supreme Court has done effectively is to shoot the messenger, which is not good news for democracy and rule of law.” He added, “The Supreme court has crossed all lines, all limitations and all sense of propriety in ordering prosecution.” The entire interview may be read here.

At a recently held People’s Tribunal in New Delhi, Tanvir Jafri, who is the son of Zakia Jafri and slain former Congress Member of Parliament Ehsan Jafri (who was killed during the communal violence in Gujarat in 2002), voiced his concerns about the judgment and its consequences. Jafri is pained by the outcome of the Zakia Jafri case where his mother was the main petitioner, backed by Citizens for Justice and Peace (CJP) via its secretary Teesta Setalvad. “It is unfortunate that the petition was dismissed. What’s more shocking is how the court made remarks about police officials who were just doing their duty and the NGO that supported us. They are now in jail,” he said referring to Setalvad, who was named co-conspirator along with two whistle-blower cops – former Gujarat Director General of Police (DGP) RB Sreekumar and Sanjiv Bhatt.

At the same People’s Tribunal, Rajya Sabha Member and Senior Advocate Kapil Sibal highlighted how the Special Investigation Team (SIT), which was constituted to investigate the cases of Gujarat Riots, went on to take the statements of accused on face value to close the investigation and how the Supreme Court has agreed to this kind of investigation. Sibal had represented Zakia Jafri in the Special Leave Petition (SLP) moved before the Supreme Court, which was dismissed by the court in June this year.

Meanwhile, Mumbai-based senior advocate Mihir Desai referred to the recent rejection of bail to Setalvad by the Ahmedabad Sessions Court, and told The Wire, “The order doesn’t mention what Teesta is responsible for, or what she has done. It goes into generalities and doesn’t throw any light on what crime she has actually committed.” The entire article may be read here.

Last week, the Sarva Seva Sangh released a statement in Hindi in support of Setalvad. It said, “The arrest of Teesta Setalvad and others has dealt a body blow to the human rights movement in India.” They also condemned the persecution of other human rights defenders such as Narmada Bachao Andolan (NBA) activist Medha Patkar, fact-checker Mohammed Zuber and Gandhian Himanshu Kumar.

Working women and members of the All India Progressive Women’s Association (AIPWA) also came together to hold a signature campaign in support of Setalvad in Dalit Basti in Seer in Varanasi this week. The women grassroots activists demanded Setalvad’s immediate release. Some images from the day may be viewed here:

Meanwhile, the Supreme Court is all set to hear a matter pertaining to Setalvad’s bail on August 22. After the Gujarat High Court adjourned her bail hearing to September 19, Setalvad moved SC citing the inordinate delay.

Readers would recall that Setalvad had been arrested on trumped up charges just a day after the Supreme Court had delivered its judgment in the Zakia Jafri case. Though the Ahmedabad Crime Branch had told a local court that her custody was not required for further questioning in a matter pertaining to alleged forgery and conspiracy, the court of Ahmedabad Sessions Judge DD Thakkar denied her bail on July 30.

Setalvad had then moved Gujarat High Court which issued notice to the Special Investigation Team (SIT) asking them to respond to Setalvad’s bail application, but adjourned the matter to September 19. Now, Setalvad has moved SC citing how this delay is denying her the right to an expedient bail.