It’s the big day: after months of searching, you’ve finally landed a job interview. You wake up early, having spent an uneasy night tossing and turning. You put on your business suit. Breakfast is small – your jittery stomach won’t allow much.

On the train, you calm your nerves by remembering facts and figures about yourself: companies you’ve worked for, what you did, how well you performed. At the reception desk, the PA welcomes you with a professional smile and asks you to wait.

Soon, your HR contact appears. You guess she’s about 25, half your age. She leads you to the interview room. You take a deep breath. In the room are two people: one will be your line manager should you get the job, the other is a more senior HR person. With a sinking feeling you realise that they are all younger – by an average of 15 years.

There’s a look of surprise on the line manager’s face. Your CV doesn’t state your age, but there’s no hiding it now. You’re over 50, and you’ve never been more keenly aware of it.

The interview takes several awkward turns and, later, on the ride home, you replay the event, knowing you won’t get the job, wishing you’d prepared for the age issue.

Chris Ball, chief executive at The Age and Employment Network, says, “You really do have to be ready for anything in job interviews … you can always encounter ageism.”

To prepare for your next interview, examine the age stereotypes and objections commonly held by employers. In our book, Finding Work After 40, we call them “the seven elephants in the room” because they’re present at every interview, being ignored, but influencing the decision makers.

The challenge is to acknowledge and understand each elephant and then respond in a positive way. Here’s how:

1 Older people won’t work for a younger manager, or with a younger team

This is a big elephant. In some interviews it may be the only one. The best-qualified candidate can lose the role because a younger man or woman doesn’t want an older person working beneath them. They can’t get their heads around having someone nearly as old as their mum or dad reporting to them. If we examine corporate pyramids, we see older people at the very top and the expectation is that, at a certain age, a person occupies a specific place in the hierarchy. Acceptable age limits are measured against a corporate norm. To engage with this problem, ask yourself: does success in the role mean being able to fit in with a young team, or will it be the result of experience and technical skills? If the team is young, your age is a factor, and for a good reason. But, if the job requires experience and skills that you have, age should not be a problem.

Do this: Ask the question at an interview. It’s a way of exposing the truth about the position and the corporate culture.

A common excuse, when in fact someone may fit the profile of a perfect candidate, except for their age.

Some employers will interview an older candidate as part of a box-ticking exercise, with no intention of hiring them. In that event, shake the dirt off your feet and carry on.

However, there might be other reasons for an employer to say you have too much experience. They may think that you’re taking the job as a stop-gap, and that you’ll leave when you find something better.

If they’re worried about you leaving after a year, you could offer yourself on a contract basis. Bring the objection into the open. Discuss it with the recruiter, and negotiate if possible.

Do this: Tone down your CV and make it relevant only to the position you’re applying for. If your CV is loaded with experience, you’re the one who has told them that you’re overqualified.

It’s a biological fact that we slow down as we age. Even with regular exercise, you’re likely to be less fit than you were 10 years ago. With the exception of golf or snooker, nearly every sport sees its top competitors retire by the age of 40, if not sooner.

But in the workplace, young people can waste a lot of energy. A mature person will often accomplish more in the same time frame, because the task is performed more efficiently. In the hare and tortoise story, the tortoise wins because he isn’t distracted, stays on track and completes the race with a slow, steady pace. He’s smarter than the hare; he knows his limits and works with them to succeed. He has also learned alternative ways of solving problems.

To get the job, the employer must be convinced you have the right amount of energy, and you’re able to sustain it.

Do this: Show enthusiasm for the position. If you’ve recently run a marathon, completed a cycling race or climbed mountains, drop it into a conversation. But don’t worry if you haven’t. It’s the projection of energy and perception of health that matters. 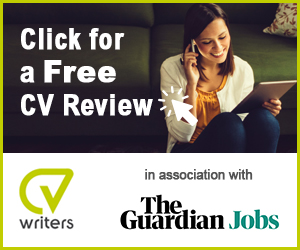 This ties in with the question of energy, because everyone knows that health issues can complicate life in middle age. Do you look healthy? Your husband, wife, partner or friend may not offer honest comments about your appearance. If you’re unemployed, they know you’re feeling low about your situation and they’ll try to build you up. But what do you think? You have to sell yourself. In order to be effective you must project confidence. Does your appearance say you’re not looking after yourself? You might need to seek advice. But keep in mind that, under the Equality Act 2010, employers can’t discriminate on health and disability grounds, and they cannot ask questions about your health prior to the job offer.

Even so, you need to first be honest with yourself and then, later, be prepared to be truthful with a potential employer about your general health.

Do this: Investing in your health and appearance will demonstrate a positive attitude, which will always count in your favour.

5 An older worker has money, so they don’t need the job

Whether or not you’ve got anything put by for a rainy day, there may be a perception that you have, simply because you’re older.

Therefore, a recruiter may assume you aren’t as motivated or driven as someone younger because, for you, money is not an issue. Ironically, you may need the money more than a younger candidate. The mortgage still has to be paid, there’s university for the kids, and there may be the cost of caring for a parent.

Countering this prejudice is tricky. Being too needy is always negative, yet appearing to be the opposite can also cost you an opportunity.

Mention reasons why you’re the best candidate: focus on personal fulfilment, a desire for new challenges and experiences, and your motivation for success, which can include financial rewards.

Do this: If you sense that this elephant is working against you, see if you can have a quiet word with the most senior person at the interview, or by private communication. Sometimes they will take a kinder view if they know your situation.

6 Older people are not mentally agile

The Anglo-American psychologist Raymond Cattell developed a theory that, broadly, there are two types of intelligence: fluid and crystallised. They are correlated, in that one does not exist without the other. Fluid intelligence is the capacity to think independently of acquired knowledge to apply logic to problem-solving. It includes inductive and deductive reasoning.

There is evidence that, as we age, our fluid intelligence wanes. On this basis young people tend to perceive those who are older as slower, and therefore less mentally agile.

Crystallised intelligence is knowledge gained by experience, and includes verbal skills, general information and the ability to create analogies – it adds up to wisdom.

As an excuse for not hiring an older person, this objection doesn’t have a foundation in science.

Do this: Prepare for interviews by memorising salient facts about your prospective employer and your industry. With current knowledge to hand, you’ll appear as bright and ready as a younger candidate.

Every stereotype has some basis in fact. There are people in the 40 to 65 age group who can’t cope with change. Some employers might think you lack this ability, perhaps because they already have someone on their staff that is set in their ways. They might also project the characteristic on to every older person they meet. This could fairly be called a prejudice, one that is difficult to fight.

Mature people are often better than their younger counterparts at dealing with change in the workplace because they’ve already learned to adapt to variables of every sort.

For example, the recent recession is the first one that many younger managers will have seen. Someone in their 40s or 50s will have lived through at least two downturns. Your experience in managing situations through tough times proves you know how to handle changes.

Search your history to find evidence of where you changed in order to achieve new goals. Have several stories prepared to support your claims.

Do this: When you next walk into the interview room and realise you’re older than everyone else, you’ll have an extra bit of confidence that could win the job.

You’re aware of the elephants that might stand in your way, and you can discuss them if necessary. Then, as Chris Ball suggests, “Relax, smile, look your interviewers in the eye, be yourself and don’t think about age.”

Robin McKay Bell is the co-author, along with Liam Mifsud, of Finding Work After 40: Proven Strategies for Managers and Professionals (Bloomsbury, £14.99). To order a copy for the special price of £11.99 (including UK mainland p&p) visit guardianbookshop.co.uk or call 0330 333 6846