Visiting social justice activist from India Teesta Setalvad was honoured with medal of courage by Radical Desi publications and Indians Abroad For Pluralist India at an event organized in commemoration of the Jallianwala Bagh massacre on Friday, April 13. 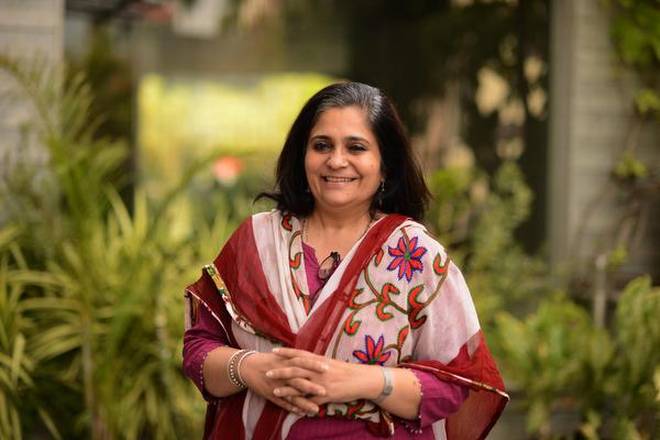 Held at the Surrey Central Library, the event was organized to launch the Punjabi edition of Foot Soldier of the Constitution. Originally, authored by Setalvad in English, it was translated by Buta Singh in Punjabi. The book is a memoir of Setalvad based on her journey as a journalist and an activist who has been fighting for justice to the victims of state repression. The Indian establishment tried to prevent her from travelling abroad by slapping malicious charges against her. However, she was finally allowed by the Indian Supreme Court to leave for Canada.

Setalvad spoke at length about the current situation in India under a right wing Hindu nationalist government and growing attacks on religious minorities. She pointed out that the history of Jallianwala Bagh massacre has become more relevant today as the police and security forces continue to target people by using repressive laws.

It is pertinent to mention that scores of peaceful protesters were killed in an indiscriminate firing by the troops on the assembly of people at Jallinwala Bagh in Amritsar on April 13, 1919. The demonstrators had gathered to denounce stringent laws that were passed to suppress the liberation movement under British India. Setalvad’s great grandfather Chimanlal Setalvad was among those who cross examined the British army general who was involved in the massacre.

Buta Singh – who is a dedicated activist himself and the editor of Lok Kafila – a Punjabi magazine that covers alternative politics also spoke on the occasion and emphasised that there was a need to stand up against the ongoing state repression in India.

The event was started with a moment of silence for Asifa – an eigth-year-old Muslim girl who was murdered and raped in Kathua and whose killers were being defended by the members of the ruling Hindu nationalist Bhartiya Janata Party.

The members of Ambedkar International Social Reform Organisation (AISRO) also came to welcome Setalvad who was shown the library room named after Dr. Bhim Rao Ambedkar – the coauthor of the Indian constitution and a towering leader of the Dalit emancipation movement. Notably, the Friday event was held on the eve of the birth anniversary of Ambedkar. Chimanlal Setalvad was a close associate of Ambedkar and helped him in his struggle against oppression of the so called untouchables in a caste ridden society.

Later, a candle light vigil was held at the Holland Park where the speakers paid tributes to the victims of Jallianwala Bagh massacre and demanded the release of political prisoners, such as Prof GN Saibaba and Chander Shekhar Azad. Saibaba is ninety percent disabled below waist. Both Saibaba and Azad are currently imprisoned for raising voice for the oppressed groups.

The candle light vigil that is organized every year by Mehak Punjab Dee TV was started with a moment of silence for the Palestinian protesters who were recently killed by the Israeli forces.