A horrific daylight murder on a busy roadside, a few days back continues to trouble me as I hope it does many others. I need to write this in an effort to ease my own rage and sadness. Ankit, the 23 year old, seems so full of youthful energy that it makes you wince at the thought that this young man is no more, every time you see his face on social media. You can only try and imagine what his parents are going through and will go through as the noise in the media and all around dies down. When they are left with their son’s absence, the horrific memory of witnessing his murder, the unbelievable cruelty of a family that were once their neighbors, the apathy of passers by who did not help while their son was still alive. It is the worse kind of human tragedy when someone you know and trust, as humans should trust other humans, does something so incredibly cruel and irreversible to you.
The reason for his murder was just that he, a Hindu man, was in love with a woman who was a Muslim. The audacity of the young couple to fall in love and plan a future together disregarding the caste and community boundaries was enough for the woman’s family to lose their heads and snuff out a life. Countless such killings take place in India and are labeled as “honour killings”. Sometimes the family kills their own daughters, sometimes the man she is in relationship with and sometimes both, because they belong to different caste or religious communities. I was a witness to this testimony https://sabrangindia.in/article/not-free-love sometime back. There is way too much tolerance and often even sympathy for the killer families/relatives because they were doing it to save their or the community’s “honour”. It is an astonishing paradox that we Indians – with our love for bollywood style love stories – could cheer for the lovers who win beating all odds – often in the form of villainous families – to eventually live happily ever after, but in real life do not mind taking up the role of those villains or sympathizers of the villains ourselves. One hopes that perhaps a heartless killing such as this would make people reflect and see the cruelty and bigotry in their own attitudes. But who am I fooling! 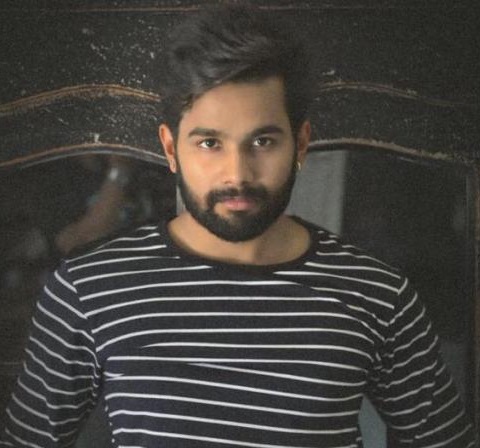 Barring a few who are wondering what of the young man’s parents, what of the girl who lost the man she loved and hoped to marry, it has boiled down to scoring points.There are those who are gloating at the incident because what more evidence do you need to prove that Muslims are, by default, violent and crazy. This is what happens when you mingle with them. A whatsapp message almost cheering the killing, as a lesson to all Hindus, mocks Ankit for being friends with Muslims and therefore deserving of this fate. The hate rhetoric and some media reports have, unsurprisingly, assumed such a tone that Ankit’s father, while going through the horror of the worst kind, had to appeal to the media and politicians to not communalise his son’s murder. This is what this society has to offer him in the name of support: there own bigotry and cynical exploitation of a tragedy to propel their positions. In a saner world people would be pouring out with condolences and emotional, practical, whatever support one can offer in a time like this.
There may not be any reports of Muslims cheering the murder as some sort of a heroic deed to save Muslim “honour”, for sure. However just as few Muslims, as Hindus, would say clearly and loudly that this young woman had, all young women have, a right to chose or marry whoever they want to. You may approve or disapprove of her choice but you can not stop her from exercising her choice, let alone take her or her partner’s life. That is a conversation that gets buried amidst the noise around the Hindu Muslim angle in this crime. Yes, it is about that but there is more. Be it the crazy rhetoric of “love Jihad”, some or the other Vahini exhorting Hindu men to pick up ten Muslim women if a Muslim man marries a Hindu woman or this Muslim family descending upon Ankit and murdering him because he was a Hindu who loved their daughter, it is all the same side of the coin: A dreadful, toxic mixture of religious bigotry and viewing women as a piece of property rather than free and thinking humans. A property that you will hand over to the man you chose, within the “right” caste and community of course. You can attack, threaten and kill a man who takes the property away without YOUR consent or destroy the property. Not everyone may resort to killing but how easy it is to overlook the fact that their are two adults making decisions about their lives when religious and caste boundaries are treated as given and daughters as property, as repositories of your “honour”. While the killers in this case are arrested and hopefully justice system will do its job, if you are among those who believe in drawing and solidifying of religious and caste boundaries and continue to suffocate women with this pernicious construct called honour, you are a part of the problem.