Q1. You are playing Netaji in Raag Desh. How did you prepare for the part other than listening to Mr Dhulia?

I didn’t really have to listen to Mr Dhulia except during the last few moments before the shot and sometimes after the first take. After he cast me, I started my homework by reading His Majesty’s Opponent by Sugata Bose, and listening to and watching Netaji’s speeches. Before the team left for the first schedule, I met Tishu sir and had a small conversation over my interpretation of Netaji. A gentleman-philosopher-warrior is the term that comes to mind. Ours views converged on this, and having worked with Tishu sir on Yaara, I knew that he would want the performances to be as real as possible and devoid of any bombast.
Two other books were of great help: Brothers Against The Raj and The Forgotten Army.
As for my scenes, I worked on the speeches a lot. I must’ve rehearsed them maybe 250-300 times. I remember walking up and down my hotel room in Dehradun, going over all my scenes and wondering if the other guests didn’t know there was an actor in the room and not a man gone bonkers 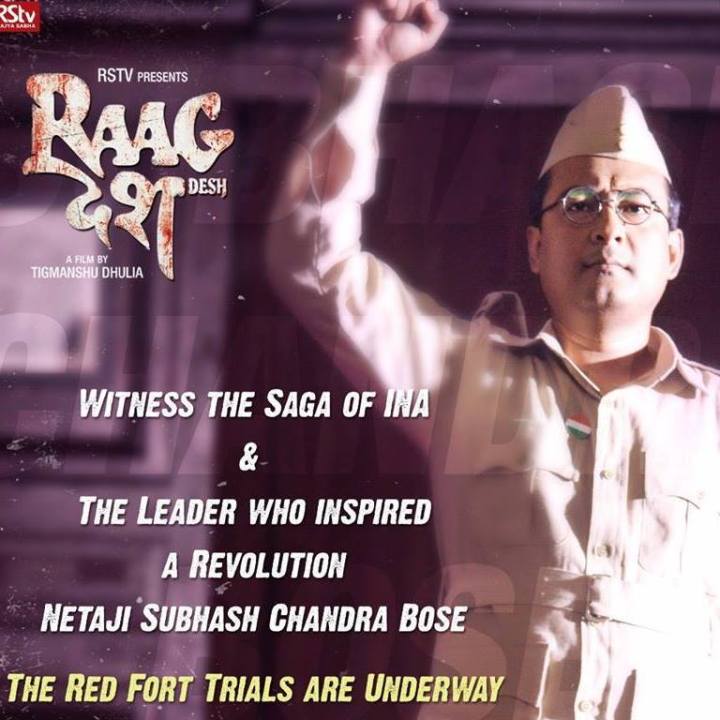 Q2. What are the  new things you learnt about Subhash Chandra Bose while you were shooting for the film?

I take pride in the fact that thanks to Amar Chitra Katha comics, even as a child I knew a lot about Netaji and the INA. However, as an adult, I have a new appreciation for many details I discovered while learning about Netaji. For eg, that he stood 4th in the ICS exams and could have led a luxurious life as a top bureaucrat, but instead, he chose the hard life – fighting for his motherland’s independence. Another thing I learnt was that he loved Urdu and was always trying to better his grasp of it. And perhaps most importantly for today’s times – he was unabashedly secular and made great efforts in that direction.

Q3. Why should the audience watch this film in 21st century? How will they relate to the film?

On its own merits, the film is a fine courtroom drama and war film, so that is how I would pitch it to the casual moviegoer. They’ll get to know a small portion of what our country went through while fighting for independence. 26,000 INA soldiers died during the failed charge through Manipur. That’s the entire population of a small town.
A nation that forgets the sacrifices of its founding fathers and mothers is setting itself up for decadence. After having learnt so much about Netaji and the INA, it depresses me even more to see us turning into a country of cow-related murders and morons who believe every whatsapp forward. 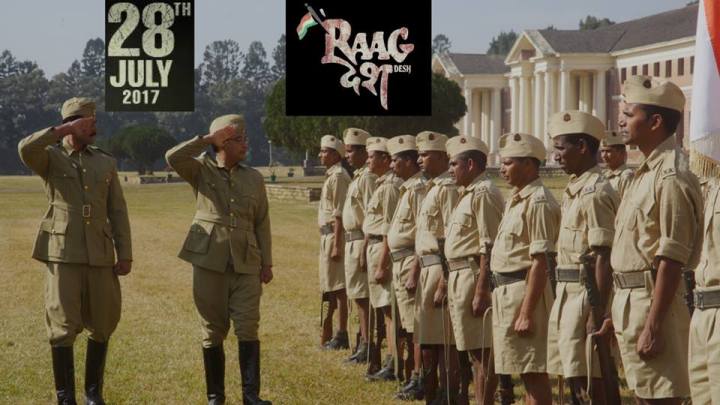 Q4. How was working with Tigmanshu Dhulia? How were you asked to prepare before and during the shoot for the role?

Raag Desh is my second film with Tigmanshu Dhulia, Yaara being the first – that releases in October. Since he’s a masterful actor himself, he gives small, precise instructions which greatly elevate a performance. And he doesn’t believe in pampering actors; an actor is just another part of the minimum 40-50 people giving their 100% to the job at any given moment, so he expects actors also to give their 100% right from take one and not waste the crew’s time.
https://www.youtube.com/watch?v=DXv4V6Wgeh4
The research team gave me a lot of Netaji’s radio speeches and videos. Physically, preparation took an hour a day – with the front part of my head being shaved off, a thin patch of hair stuck on, aging makeup, padding etc
https://www.youtube.com/watch?v=VC2YlQNHpYs