Parliament Thursday approved the Finance Bill, rejecting five amendments proposed a day earlier by Rajya Sabha on curtailing more powers to taxmen and capping corporate donations to political parties. The amendments, forced by the Opposition in Rajya Sabha where the government lacked majority, were negated by Lok Sabha and the Bill passed, completing the budgetary exercise for 2017-18.

Defending the government’s stand to reject the Opposition amendment to put a cap on political donations by corporates, Finance Minister Arun Jaitley told Lok Sabha it cannot be accepted by the government. But he asked the Opposition to come up with proper suggestions to ensure “clean money and transparency to the extent possible”. 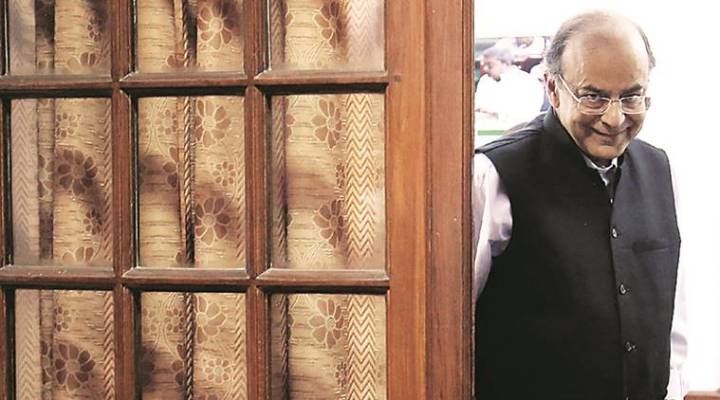 “I have an open invitation to all, please suggest to me a better system which can ensure clean money and transparency to the extent possible. I am yet to receive a single suggestion in this regard. I am only hearing adjectives like — it must be clean, it must be transparent. Please give me the ideal combination of the two. We are willing to consider it,” Jaitley said.

Deepender Hooda of Congress and Bhartruhari Mahtab of BJD argued that the government’s move would go against the concept of electoral reforms for transparency.

According to Jaitley, most donations to political parties had been unclean money and there was no transparency. “If we want clean money, should we narrow down and restrict the constituency of donors,” he asked. He said it is not possible for the government to accept the amendment as it would limit the number of donors to political parties.

“So, at the end of the day, the net effect of all this is that you go back to the present status quo, which is, cash is the safest mean, no question will be asked, nobody will come to know. Let us take an honest and bold decision whether we want to clean up political funding or not.”

He said the Opposition demand was not practical. “Do I now get sadistic pleasure and say, well, they have been prosecuted? Tomorrow, my party will be prosecuted. Yours will be prosecuted. I can name to you. You name any 10 Indian companies which are capable of giving donation, and eight of them will come within that defective definition. So, you take a cheque donation for clean money,” he said.

He pointed out that there is also an option of receiving donations by cheque and online, which are totally clean money and the process would be transparent.

In Rajya Sabha Wednesday, five amendments were forced by the Opposition. While CPM’s Sitaram Yechury moved amendments to the Companies Act for political funding, Congress leader Digvijaya Singh suggested changes to the Income Tax Act which had been approved by Lok Sabha earlier. With the Bill being a money Bill, the amendments could be effected only if Lok Sabha were to approve it.

The amendments proposed to delete provisions relating to powers given to taxmen like power to requisition books of account, power to survey while not having to disclose the reason before a tribunal and more powers to officers. The Upper House also approved an amendment that there should be a cap of 7.5 per cent of net profit of the last three financial years for donation to political parties. It also approved a provision to disclose the name of political parties to which contribution had been made by a company.

Justifying the government’s move to incorporate changes that allow the central government to specify the appointments, tenure, removal and reappointment of heads and members of tribunals in the Finance Bill, Jaitley said there were precedents. “It is because, it involves money; it involves expenditure; it involves saving of expenditure… this is not the first time that merger of tribunals has taken place in the Finance Bill. There are precedents,” he said.

Hooda argued that inclusion of matters on electoral funding and electoral bonds in the Finance Bill were not justified as these were related neither to taxation nor to the Contingency Fund of India. He reiterated that the amendments to the Income Tax Act were “draconian” because it gave “overwhelming powers to the taxman to search and seize one’s property without disclosing the ‘reason to believe’ on why the individual was being subjected to the same.”

“It is a means of heightening the sense of ‘tax terrorism’ in the citizen’s mind. The government is giving a blank cheque to the Income Tax officials to walk into anyone’s property and raid it, sans any accountability,” Hooda said.

TMC’s Saugata Roy said the Finance Minister, being a member of Rajya Sabha, should have accepted the changes proposed by it. “He may once bow to the wishes of the Council of States and agree to at least one of the recommendations of the House to which he belongs. It will only be democratic. The bicameral system is there for checks and balances; just because a party has a majority in Lok Sabha, it should not ride roughshod over the opinion of the other House,” Roy said.

No cap on corporate funds to parties, suggest a way out, Govt tells Opposition