I grew up in a fanatically secular home, with no gods but lots of festivals… Still the idea of God and reverence was all around – so, as a child I wasn’t clear who stood for what but knew that some figures were special – Ram, Muhammad, Christ, Gandhi and Lenin, they had to be spoken of with lot of respect and followed as an example. Timelines of who existed when and difference between mythology and history were blurred. These revered names figured in stories told by adults and in shouted discussions between my very communist father and my deeply devoted freedom fighter, congressi mama. The one figure they always agreed upon was Gandhi. 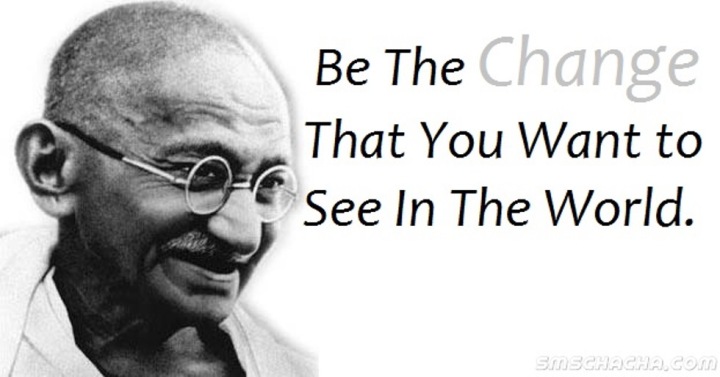 My father once spoke about the Day Gandhi was killed. The news of Gandhi’s assassination was brought home by his father who came home looked ashen and spoke to his family in a shaken voice. Gandhi had been shot. More than grief fear ruled the household. The horror of partition was fresh in everyone’s mind – every family had lost relatives and friends to death or a distance called Pakistan.

At that point no one knew who had killed Gandhi. He had many enemies in all communities and Initially it was believed that a Mussalman had killed Gandhi. Fears and rumours of retaliatory violence ruled. Relatives from all over started gathering in the house. valuables were tied up in potlis and kept nearby so they could be grabbed on the run. Burqas and children’s warm clothes were kept handy. Everyone spoke in hushed voices, women tried to hide their tears and men their fears.

That’s when Nehru’s address to the nation was made on radio. He named the assassin and added that a ‘Hindu’ had killed gandhi. Relief flowed and grief for Gandhi began in Muslim homes. That’s how sacred Gandhi was for some sections of the society during that period.

From being confused about the status of Muhammad, Ram and Gandhi in my childhood, to knowing that he was a mere human being also meant growing beyond Gandhi bhakti and stop believing in communism as a religion. All people and all ideals are flawed at some level – all are products of their times and limited by human experiences and knowledge. The test of an idea or a person is not perfection – but what it does to humanity – does it nurture, forgive and take humanity forward or does it lead to killing, stalling and frothing anger and hatred.

We have examples of people who use attacks and murders to promote riots and wars on one hand and we have people who speak about forgiveness and embracing your enemy. However naive it may sound and however limited this vision might be of politics and theory – for me the latter makes more sense than an ideology of violence however brilliant the cause.

In Aligarh, at precisely the hour when Gandhi passed away the siren used to go off. Everyone, wherever they were, would stand up for two minutes of silence. In schools the constant murmur of voices would stop and teachers would get 2 minutes of their favourite fantasy time called ‘pin drop silence’.

I feel nostalgic for those two minutes of silence. Bowing my head, closing my eyes and believing with all my naive heart that goodness wins, that non-violence is the answer.