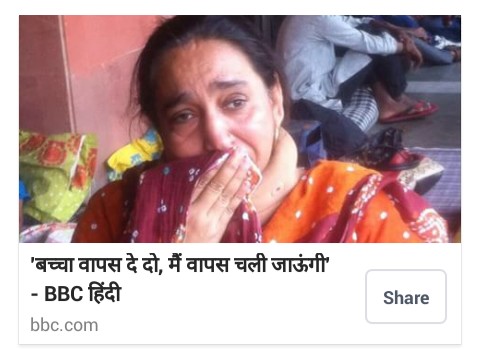 Akhil Bhartiya Vidyarthi Parishad (ABVP) and Bharatiya Janta Party should remember what West Bengal did to Congress! Not too long ago.

Congress Chief Minister Sidharth Shankar Ray  over saw killings of hundreds of young men and women in mid 70s. He claimed he killed the “anti-national” Naxals. People in Bengal say Ray killed whoever he wanted to. He killed the students he thought were Naxal sympathizers. He killed anybody who questioned him and any body who supported the farmer movement.

Sidharth Shankar Ray primarily killed a large section of the educated youth in West Bengal. The thinking, thriving, actively dreaming youth. When the young died, Bengal smelled of death for years. So did the hands of Sidharth Shankar Ray and that of Congress.

Mamata Banerjee, the present Chief Minister of West Bengal had to form her party Trinamool Congress to win an election in West Bengal. She had tried defeating CPIM for years. She had all the resources of Congress and yet people of Bengal never forgave the party that killed its children. Ms Banerjee was a pariah till she was with  Congress.

In its regime of 34 long years, Communist Party of India Marxist (CPIM)  was  accused of not giving academic positions to non CPIM scholars. Not even to Marxist scholars who refused to subscribe to CPIM.

SFI (the student wing of CPIM)  was popular in the 70s and 80s in University Campuses in Bengal. However, with time their arrogance and power made them a butt of joke among the educated youth that questioned the ruling party.  CPIM’s absolute power in West Bengal for 34 years made it insensitive to say the least.  CPIM forgot its prime constituency was among farmers. It sided with corporate powers and tried grabbing fertile land from the farmers it had supported once with land distribution. CPIM’s Historic defeat in 2011 is fresh in our minds! Ironically they lost the election on the issue of Land and Farmers. CPIM’s arrogance was beaten to pulp by Bengali voters.  Look where CPIM is today in West Bengal.

Never before has a Government attacked the educated youth across the country so violently, openly, visibly. Its strange because one expected the popular Prime Minister to win over his detractors. What his people did instead is alienate the ones who were with him.

A Government that works against its youth can’t have a future. You don’t touch anyone’s child if you want to rule their hearts. The socialist, Youth Congress and leftist student band wagon have feudal, semi-feudal, corporate friendly parents back home! Many of them had voted for the “Development” friendly BJP Government! If you hit their children what will they do with your development??

What will Radhika Vemula do with our Prime Minister’s development Mantra? Is Najeeb’s mother thinking of development right now?

What West Bengal did to Congress …India may do to BJP if the attacks against its youth don’t stop.

A nation needs its Left, Right and Center! It needs a good government and a strong opposition. The fight in our institutions is not a fight of ideology alone… ideology evolves. This a nasty battle for power…absolute power.

Our humble suggestion to all the political parties is… leave the kids alone.

You are calling the mothers out on the streets…you know how that ends!