The FTII Society members gifted us Police Lathis on their first day.

Film? Television? More like Police and Autocracy Institute of India.
Ahead of the FTII Society meeting today, which was due to be attended by the controversial govt. appointees- led by Gajendra Chauhan(the same bunch whose appointment had led to us striking for 139 days last year as a mark of protest)- saw a band of these men in uniform storm into our campus, rough up our students, who were peacefully protesting against the society meeting at the institute gate, beat them up brutally, before taking around 40 students to the Shivajinagar police station, just to make our campus seem peaceful and amicable to the revered government puppets visiting today.

Today we were told that our campus wasn’t ours to navigate, wasn’t ours to be in. Unless we accommodate for government agents and stooges, we shall be continually pushed into a dark corner- one this new manic patriotic nation reserves for its antinational elements.

All this is happening right before all your eyes. Wake up, citizens. Wake up before it’s too late. The enemy isn’t the left leaning jhola bag rebels of JNU and FTII,as you’ve been made to believe.

The enemy is who you’ve voted into power. The moment your interests come at loggerheads with theirs, they’ll not hesitate for a second before biting you out and stamping down on you.

Can somebody complete the above sentence? 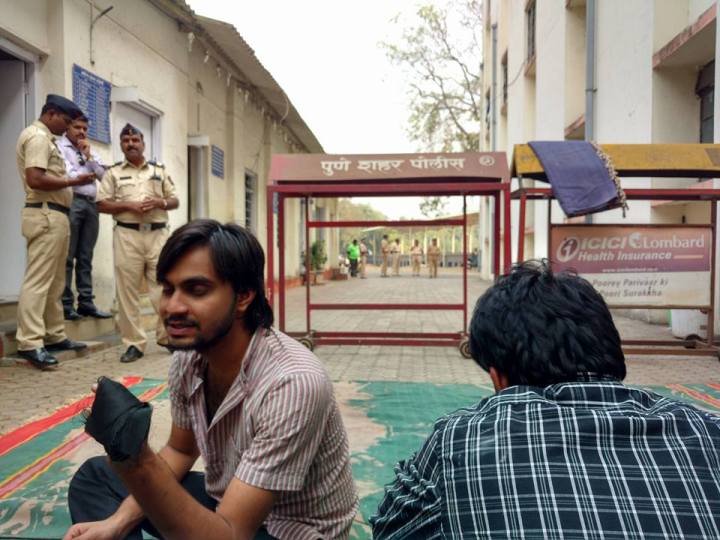 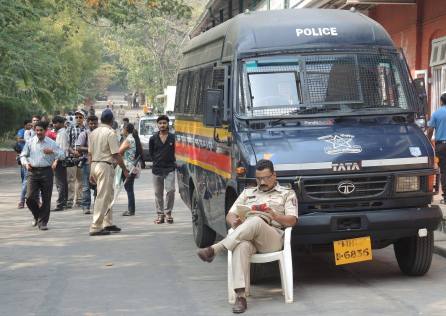