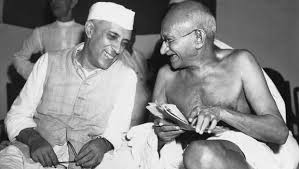 They offer an opportunity to recall what he stood for. The imperfect
Gandhi was more radical and progressive than most contemporary
compatriots.

Gandhi suggested that our uncertainty over the right course to take
would disappear once we ask how the most helpless person we have known
would be affected by our choice.

Offended by attacks on the Mahatma, some friends who think of me as a
scholar ask about a new book which, according to media reports,
alleges that during his years in South Africa (1893-1914), Gandhi
disdained black people and supported British imperialism. Not having
read it, I cannot comment on the book, but I can address the two
allegations. Before doing so, however, let me say that attacks on
Gandhi should be welcomed, for they offer an opportunity to recall the
things Gandhi stood for.

Gandhi’s “answer to doubt”, given around Independence Day in 1947 —
also known as the “talisman” — is deservedly famed. In that short
text, Gandhi suggested that our uncertainty over the right course to
take would disappear once we ask how the most helpless person we have
known would be affected by our choice.

Less well remembered is Gandhi’s reply when asked, in 1946, to
describe the independent India he wished to see. Drawing a geometric
picture, Gandhi said he wanted “not a pyramid but an oceanic circle”
of complete equality. In such a circle, “the last would be first, in
fact there would be no first and no last”, and the individual citizen,
not a president or prime minister, would occupy the circle’s centre
(Harijan, July 28, 1946).

Yet, along with equality, Gandhi wanted fraternity; along with justice
he sought reconciliation. Demanding justice for Dalits, Gandhi also
strove for a partnership between Dalits and upper-caste Hindus. He
wanted India’s Hindu majority to protect the country’s minorities, but
he also wanted Hindu-Muslim friendship, and he asked Pakistan’s Muslim
majority to protect that country’s Hindus, Christians and
minority-sect Muslims. Internationally, Gandhi wanted a free Palestine
(a cause that many in India have chosen to abandon) — but also
Arab-Jewish reconciliation.

Looking at the clash today between the need to escape from dangerous
and seemingly hellish places and the lack of room in supposedly
heavenly places, do we not yearn for persons with the large and just
heart and wise mind that Gandhi showed?

The same may be true when people desire to improve today’s dangerous
relationship between the so-called Muslim world and the so-called
West. Or when we think of inequalities in India, or of conflicts in
Syria, Iraq, Yemen, Palestine, Afghanistan and Pakistan.

Dead now for nearly 70 years, Gandhi did not leave behind precise
solutions for such problems. But his legacy will aid, not impede,
efforts to find the solutions, even if we assume for a moment that
between 1893 and 1914, Gandhi was prejudiced about Africa’s blacks and
backed British imperialism.

Was Gandhi in favour of imperialism?
For some time yes, and openly so. This is no “discovery”. In fact, as
Gandhi put it himself in his autobiography, the British Empire was one
of his two passions at the start of the 20th century. (The other was
nursing the sick.) Hadn’t Queen Victoria and other eminent Britons
declared that in their empire, all the races would be equal and
everyone would enjoy the freedoms of belief and expression and the
rule of law? When Gandhi realised that the imperial claim was false,
he became, as Winston Churchill and a succession of viceroys
complained, the empire’s strongest foe, and India’s masses joined
Gandhi in rebellion.

As for our world’s black people, Gandhi nursed great expectations from
them. In February 1936, he said to Howard Thurman, the
African-American thinker, who was calling on him in Bardoli in
Gujarat: “Well, if it comes true it may be through the African
Americans that the unadulterated message of non-violence will be
delivered to the world” (Harijan, March 14 1936). Nearly three decades
later, when Martin Luther King and his colleagues won their remarkable
nonviolent triumphs for black rights in the US, they did not hesitate
to say that Gandhi and India had inspired them.

But wasn’t the younger Gandhi at times ignorant and prejudiced about
South Africa’s blacks? He undoubtedly was, especially when provoked by
the conduct of black convicts who were among his fellow inmates in
South Africa’s prisons. This too is no “discovery”. I wrote about it
in detail in The Good Boatman in 1995, and dozens of other scholars
have referred to it.

After all, Gandhi too was an imperfect human being. However, on racial
equality, he was greatly in advance of most if not all of his
compatriots; and the struggle for Indian rights in South Africa paved
the way for the struggle for black rights. Here is what Gandhi said in
1908 (in a Johannesburg speech), referring specifically to Africans,
Asians, Europeans and the mixed: “If we look into the future, is it
not a heritage we have to leave to posterity, that all the different
races commingle and produce a civilisation that perhaps the world has
not yet seen?” (May 18, 1908).

In 1908, the commingling of all the races of the world was a bold
thought for anyone, Indian or otherwise, to express. Earlier, during
the American Civil War over slavery, Indian intellectuals well aware
of that war (including Bankim Chandra Chattopadhyay, Ishwar Chandra
Vidyasagar and Syed Ahmed Khan) had remained silent on slavery. Later,
when Gandhi insisted that India’s freedom struggle would be
hypocritical without a simultaneous fight against untouchability, even
close colleagues like Vallabhbhai Patel and Jawaharlal Nehru advised
him against what they termed a “distraction”.

The imperfect Gandhi was more radical and progressive than most
contemporary compatriots. Today, in India, South Africa and the US,
his legacy provides hope, not an obstacle, for the equality of races
and castes. A 1995 book contains this observation from Nelson Mandela:
“Gandhi had been initially shocked that Indians were classified with
Natives in prison… All in all, Gandhi must be forgiven these
prejudices in the context of the time and the circumstances.” (“Gandhi
the Prisoner” by Nelson Mandela in B.R. Nanda (edited), Mahatma
Gandhi: 125 Years, ICCR, 1995.)

Some, however, seem to think that they are wiser than King or Mandela.

*The writer, a grandson of Mahatma Gandhi, is research professor at
the Centre for South Asian and Middle Eastern Studies, University of
Illinois at Urbana-Champaign*