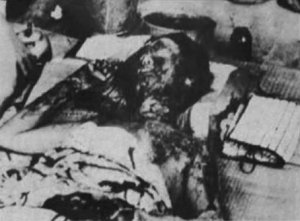 A vast amount of radiation passed through people’s bodies, and the city was struck by heat rays and a blast that defy imagination. 74,000 of the city’s population of 240,000 people were killed. A further 75,000 individuals sustained injuries.

It was said that  vegetation would not grow for at least 70 years. However, today, 70 years on, this hill in Urakami, which was once a ruin, is now enveloped in greenery. Nevertheless, those hibakusha, atomic bomb survivors, whose bodies were eaten away by radiation, and who continue to suffer from the aftereffects, can never forget that day. 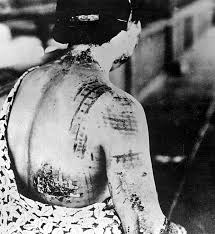 The atomic bomb was born of war, and was used in war. The conviction that nuclear weapons must not exist, and that we must never go to war again, was deeply and powerfully engraved upon the hearts of the hibakusha, who know firsthand the fearsome destructive force of atomic bombs. The peaceful ideology of the Constitution of Japan was born from these painful and harsh experiences, and from reflection upon the war. Since the war, our country has walked the path of a peaceful nation.

Most of our population is now made up of the post-war generation. The memories of war are fast fading from our society. We must not forget the atomic bomb experiences of those in Nagasaki and Hiroshima. Neither should we forget the air raids which destroyed Tokyo and many other cities, the Battle of Okinawa, nor the many people of Asia who suffered because of this tragic war. Now, 70 years on, it is vital that we continue to pass on those memories. 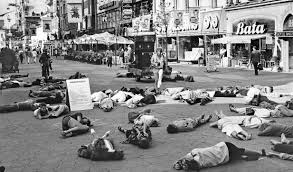 I ask that those of you who experienced the atomic bomb and the war in Japan and across the globe speak of your experiences, and not allow those memories to fade.

To the young generation, I ask that you do not push wartime experiences aside saying that they are stories of the past. Understand that the wartime generation tell you their stories because what they speak of could, in the future, happen to you as well. Therefore, please inherit their wish for peace. Please imagine what you would do in such circumstances, and ask yourself “What can I do for the sake of peace?”  You, the young generation, have the power to transcend national borders and create new relationships. 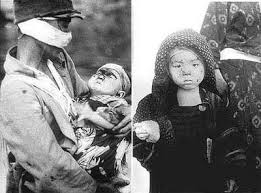 The greatest power to realize a world without war and without nuclear weapons lies inside each and every one of us. Listen to stories of the war, sign petitions for nuclear abolition, and visit atomic bomb exhibitions. Together, these individual actions can create a much
larger power. In Nagasaki, the younger generation, which includes second and third generation hibakusha, are inheriting the wish for peace and are taking action. Our individual strengths are the greatest power in realizing a world without war and without nuclear weapons. The power of civil society is the power to move governments, and to move the world. 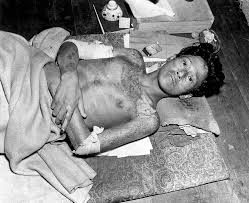 In May of this year, the “Review Conference of the Parties to the Treaty on the Non-Proliferation of Nuclear Weapons (NPT)” ended without the adoption of a Final Document. However, the efforts of those countries which are attempting to ban nuclear weapons made possible a draft Final Document which incorporated steps towards
nuclear disarmament. 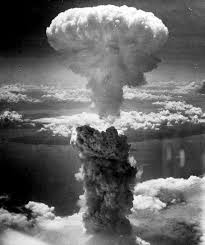 I ask the following of the heads of the NPT member states. Please do not let this Review Conference have been a waste. Please continue your efforts to debate a legal framework, such as a “Nuclear Weapons Convention (NWC)”, at every opportunity, including at the General Assembly of the United Nations.

Many countries at the Review Conference were in agreement that it is important to visit the atomic-bombed cities of Nagasaki and Hiroshima. Once again, I make a call from Nagasaki.

I address President Obama, heads of state, including the heads of the nuclear weapon states, and all the people of the world. Please come to Nagasaki and Hiroshima, and see for yourself exactly what happened under those mushroom clouds 70 years ago. Please understand and accept the message of the hibakusha, who are still doing their best to pass on their experiences, not simply as “victims”, but as “members of the human race”.

I appeal to the Government of Japan. Please explore national security measures which do not rely on nuclear deterrence. The establishment of a “Northeast Asia Nuclear-Weapon-Free Zone (NEA-NWFZ)”, as advocated by researchers in America, Japan, Korea, China, and many other countries, would make this possible. Fix your sights on the future, and please consider a conversion from a “nuclear umbrella” to a “non-nuclear umbrella”. 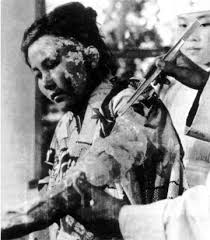 In November, Nagasaki will host the “Pugwash International Conference” for the first time. At this Conference, which was inspired by Albert Einstein, who understood the terror of nuclear weapons, scientists from all over the world will gather, discuss the problem of nuclear weapons, and convey a message of peace from Nagasaki to the world.

“Peace from Nagasaki”. We shall continue to sow the seeds of peace as we treasure these words. 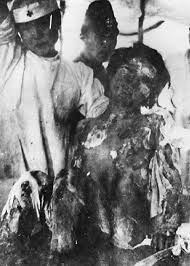 Furthermore, 4 years on from the Great East Japan Earthquake, Nagasaki continues to support the people of Fukushima who are suffering due to the accident at the nuclear power plant.

The Diet is currently deliberating a bill which will determine how our country guarantees its security. There is widespread unease and concern that the oath which was engraved onto our hearts 70 years ago and the peaceful ideology of the Constitution of Japan are now wavering. I urge the Government and the Diet to listen to these voices of unease and concern, concentrate their wisdom, and conduct careful and sincere deliberations.

This year, the average age of the hibakusha has now passed 80. I strongly request that the
Government of Japan fulfill its responsibility of providing substantial care that conforms to the actual needs of the hibakusha, and increase the extent of the area acknowledged as being exposed to the atomic bomb while those who were there are still alive.

We, the people of Nagasaki, offer our most heartfelt condolences to those who lost their lives to the atomic bomb. We hereby declare that together with the citizens of Hiroshima, we shall continue to use all our strength to achieve a world without nuclear weapons, and the realization of peace.