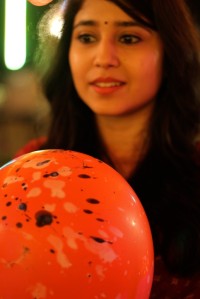 This is less of a review and more of a freewheeling rave and rant. Masaan won two awards and a long standing ovation at Cannes. I was very happy because I personally know so many of the people involved in it, but familiarity with the filmmaker is a double edged sword, especially in situations where you watch their film and it’s shit and you need to be polite and say, “Good job” and quickly exit or change the subject or ask feedback-avoiding questions like “Where did you shoot?”

It doesn’t take long to judge a film. One can tell within 2-3 minutes, which was all it took for me to really start liking Masaan. The first thing to win me over was its authenticity and detailing. Finally, a film that shows the heartland, as TVF’s Arunabh Kumar said, without the hero stalking the heroine or heroes sending villains flying into the air, or as another friend, Neeraja Sahasrabudhe, said, “a non-exotic Banaras, not equating UP/Bihar with gaali/galauj”. The small-town antics of giving girls gifts, having to explain the gifts, borrowing friends’ bikes, making bahanas to meet up – all were deliciously authentic. (Of course, when I was a teenager, we didn’t have Facebook.) 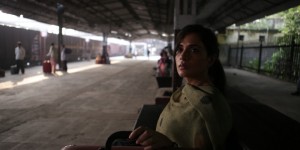 Masaan is one of those films where the writer-director partnership has produced exquisite results. How you tweak a scene you’ve seen before, or a moment that exists in thousands of other films and has occurred in millions of people’s lives, is what sets a writer or director apart. Varun and Neeraj have created numerous wonderful, authentic moments in Masaan – the first kiss, the rooftop shayari, going to meet Piyush’s parents, the baap-beti exchanges, the bonus day conversations… It’s almost maddening. How! How can some people write such good stuff! 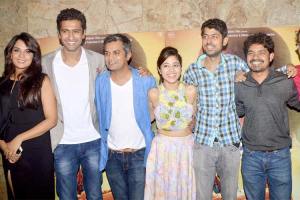 And the performances – wah! Every single actor was absolutely wonderful! Sanjay Mishra the old reliable warhorse is finally getting his due with wonderful roles. I’m generally suspicious of actors who’re somebody’s beta, but Vicky Kaushal deserves all the praise he’s earning for his very very natural performance. Pankaj Tripathi – what range! From bloodthirsty villain Sultan Khan in Gangs of Wasseypur to always-trying-to-be-nice Sadhya ji.

My favourite photo from the Cannes film festival is not of some heroine wearing some designer outfit sponsored by some cosmetics brand, but of Richa Chadda’s middle finger, which she put up just after the standing ovation, while asking pardon for her French, dedicated to all those people who told her she shouldn’t do low-budget arty-farty films. I’ve been a fan of hers right since her Oye Lucky days, and I’m terribly happy she’s getting recognized at an international level for good work and not trying to be another meaningless glamorous prop in oversized films. 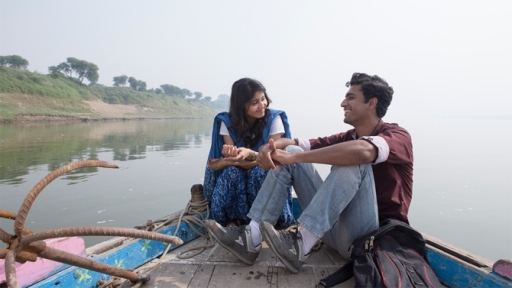 DoP Avinash Arun is one of the men of the year, creating some truly beautiful images of Banaras for Masaan, which we’re seeing just a month or so after his magnificent directorial debut Killa, National Award winner for best Marathi film. The boat ride where Vicky’s character apologizes and suddenly wants to get back home and study was a sublime scene, both in the way it was shot and the moment of the story. 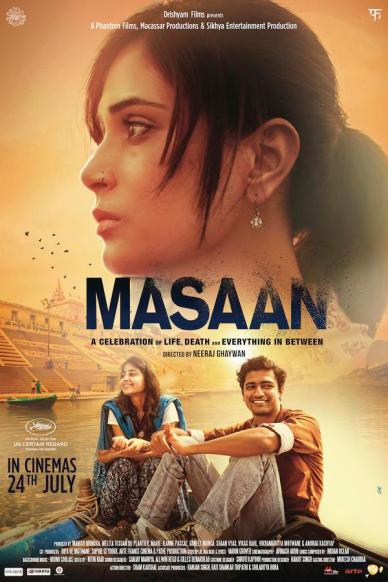 Writing and editing interconnecting multiple stories is really tricky, as I’m discovering in the process of writing my own ensemble rom-com. Where and how and when do you let the characters intersect? And after you’ve shot it all and are putting it together, it must be quite a task to make decisions about the points at which to cut to another story. I think Nitin Baid has done a fantastic job here; at no time did I feel jerked around from one story to another or one emotion to another. 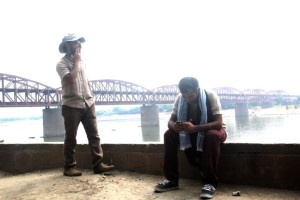 I’m generally suspicious of festival films, and to be honest, from the trailer, I was dreading that Masaan might just turn out to be another feel-bad festival film. But this is what actually happened: I’d had a really long, tense, day, standing for nearly 4-5 hours. But eventually things worked out and we decided to drag ourselves to IMAX Wadala for a small celebration. Watching Masaan brought back the joie de vivre. I loved where Vicky’s character ends up, because that is a theme I frequently think of exploring too: that real herogiri sometimes lies in just doing the mundane stuff and persistently studying hard. And I absolutely loved the ending! We came out feeling refreshed and the 5 of us who’d watched it decided to celebrate life and love and a couple of pegs in between.

One thought on “Masaan: Beautiful and Authentic – Kenny Basumatary”