The hounding of Teesta Setalvad is timed to coincide with the publicly articulated urge of the Prime Minister to get a “clean chit” from the courts in relation to the ongoing cases in Gujarat, which Teesta has been doggedly pursuing. She is the victim of the pursuit for justice.

We are being asked to roll back the clock, consign the 2002 Gujarat carnage to the dustbin of history and replace Teesta Setalvad as the villain, who hounded the then chief minister…Can the collective amnesia on the Gujarat riots, and the view that we must move on be legitimized?

All this could possibly happen if Zakia Jafri and Teesta Setalvad, who are doing everything constitutionally and legally possibe to hold the head of the then government accountable, are checkmated, preferably gagged, and put into jail. 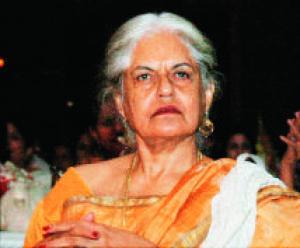 Zakia’s criminal revision petition is not about seeking recourse to justice for one incident of massacre, where her husband was brutally hacked and burnt to death but about the larger issue of command responsibility of the then CM, and now PM, in failing to prevent the killings from taking place.

It is high time this country saw the emergence of the Doctrine of Command Responsibility as a statutory and constitutional imperative, rather than leaving it to the notoriously weak provisions of the Indian Penal Code, which address only crime by individuals and punish only the hand that kills. Conspiricies are not easy to prove, but judging from the attack on Teesta Setalvad, the PM seems worried and insecure that there is an off chance, maybe just an off chance, that some well-meaning judge might accept the evidence pointing out the massive failure of his constitutional duty to prevent the killings. What stands between him and the “clean chit” are the courts and the cases Teesta and some of us are pursuing.

This pursuit of justice is slowly but steadily reaching its climax. Could this be the reason for her threatened arrest? The enormous support and assistance she gave 5,000 surviving witnesses, who unflinchingly recorded their testimonies, helped secure 120 convictions to life imprisonments, including that of a minister in the state cabinet.

I once had a discussion with Teesta in Mumbai at a public meeting soon after the 1992 riots. We agreed that if we had fought the 1984 Sikh killings in Delhi the way we do now the Gujarat carnage, the 1993 killing in Mumbai would not have happened. I can now add that, if in 1993 the Justice Srikrishna Commssion findings were accepted and we had succeded in convicting even one accused at the top level, 2002 would not have happened. It is this understanding that compels her to continue with the fight against the killers of the 2002 carnage. What we are witnessing is the power of the state and its terrorising arm, the CBI, to mount a raid on Teesta’s home and office to prove that she misused foreign funds versus the power of the courts to hold power to account. Who will win this battle? It is the courts of this country that are on trial, not Teesta.

As for the proverbial wine and visits to the beauty parlour, apart from the fact that they sustain the myth of the “five-star” activists, I must remind the courts that they hold their own legal aid meetings spending money meant for the poor in seven-star hotels. There is a record of a protest as regards this lodged by no less a person than a former judge of the Chennai High Court. Will they be swayed by such allegations now to refuse Teesta bail? This is not to admit on my part that money was so spent, but rather to expose the hollow legal nature of the reasons to oppose bail. It is nobody’s case that there should be no investigation into the alleged misuse of funds, rather that the investigation be free and fair.

I now ask a basic question, why is there one law for the non-profit organizations and another for for-profit corporates? Why is there no imprisonment under FEMA (Foreign Exchange Management Act) but imprisonment for non-profits for violating norms relating to getting grants from foreign donors under FCRA? The only explanation is that the FCRA is a gateway to crushing human rights, and what is worse, an alibi for an argument that we, the NGOs who take up human right issues are “anti-national”. We compromise the “economic security” of our countries, expressions that were reserved for terrorists so far. I call for the repeal of the FCRA and its replacement with a Foreign Contributions Management Act, which addresses only public servants.

Perhaps then we will see some justice for Teesta, the woman whose father named her after a river in Bangladesh which flows fearlessly across borders.

(Indira Jaisingh was the first woman Additional Solicitor General of India. She had a fellowship at the Institute of Advanced Legal Studies London and has been a visiting Scholar at the Columbia University  New York. She was a member of the United Nations Committee on the Elimination of Discrimination against Women. She was conferred with the Rotary Manav Seva Award in recognition of her services to the nation in fighting corruption and as a champion of the weaker sections of the society. She was given the Padma Shree by the President of India in 2005 for her service to the cause of public affairs. )

2 thoughts on “The courts of this country are on trial, not Teesta – Indira Jaisingh”