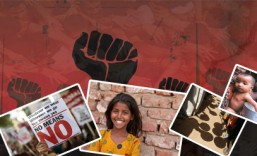 In the wake of his conflict with Gandhi over the caste/Dalit question, B.R.Ambedkar, later to be the chief architect of India’s Constitution making, had determined, as early as 1935—the year the Government of India Act was passed—to leave the Hindu fold.

Upon a deeply considered evaluation of the social content of all major religious faiths, Ambedkar chose the Buddhist faith as the most befitting social/spiritual anchor because of the explicit rejection in the Buddhist Dhamma of all constructions of inequality among humankind. And a full two decades after his first resolve to abandon Hinduism, on October 14, 1956, this agonized doyen of the downtrodden took his vows at Nagpur alongwith some 3,80,000 Dalits, the date of his conversion recalling the conversion of the Maurya King, Ashok, to Buddhism after his revulsion at the massacres at the battle of Kalinga, third century B.C.

It must be tellingly ironical that a full half century after Ambedkar’s conversion the next mass exodus of Dalits from Hinduism should have occurred just a few days ago in the land of Moditva/Hindutva at Junagarh in Gujarat. At this event, some 100,000 took their Buddhist vows, which include the clear enunciation by the convertees that “Ram and Krishna are not (our) gods.”

Pointedly, this mass rejection of Hinduism has not taken place in some Indian state where scant claims are made for “Hindu nationalism,” but in the one state of Gujarat which under Modi has sought over a decade to consolidate Hindutva. Just to recall, not too long ago, Modi defined himself unproblematically as a “Hindu nationalist,” leaving many to wonder whether others might then define themselves as “Muslim or Christian or Sikh nationalists” without causing Hindutva hackles to go up.

The crude fact of course is that Hindutva nationalism remains embedded remorselessly in the injunctions of caste hierarchy. Thus, hype and euphoria to the contrary, the conversions at Junagarh have resonantly brought to common light what many commentators have argued throughout the Modi era—that his Hindutva juggernaut has never had a place in it for the most oppressed among Hindus. Not to speak of the most oppressed among Muslims, Christians, or Tribals who practices various forms of Animism.

The evidence for this is irrefutably on record in Modi’s own words.

In 2007 the Gujarat government brought out a collection of Modi’s speeches delivered to Indian Administrative Service Officials (IAS) from time to time. The book (sic) was instructively titledKarmyog.

And in that book (pages 48-49) here is how Modi speaks to the question of untouchability and manual scavenging by the lowest order of Dalits, called Valmikis:

“I do not believe that they have been doing this job just to sustain their livelihood. Had this been so, they would not have continued with this type of job generation after generation…At some point of time, somebody must have got the enlightenment that it is their duty to work for the happiness of the entire society and the Gods; that they have to do this job bestowed upon them by Gods; and that this job of cleaning up should continue as an internal spiritual activity for centuries. This should have continued generation after generation. It is impossible to believe that their ancestors did not have the choice of adopting any other work or business.”

Those sentiments from a man whom the market-friendly rightwing is busy projecting as a new-age guru who has slick, modern answers to all of India’s problems. Clearly, social equality within the Hindu religious order is no part of that modernity. Not that any of those answers have been forthcoming either.

Modi’s pronouncement on the issue (above) came to be widely reported in the print media in 2007, causing uproar, especially in Tamil Nadu where Modi’s effigies were burnt, causing Modi to order the withdrawal of some 5000 copies of the book. Not that the popular revulsion caused any rethink in this Hindu samrat (king).

Just two years later, he was to compare the job of manual scavenging to the cleaning of temple precincts by Hindu priests. No wonder that in this model state of “development” to which India’s industrial and business enterprises are so drawn, indeed some from the anglo-saxon world as well, still practices untouchability on the widest scale; of some 1589 villages, 98% do so (study by the NGO, Navsarian) without the least administrative or legal hindrance from the state which is obliged by law to apply the stringent provisions of the Scheduled Caste and Scheduled Tribe (Prevention of Atrocities) Act to the practitioners of untouchability and caste-based discrimination of all kinds.

As recently as May, 2013, a Gujarat state sponsored report , ‘Impact of Caste Discrimination and Distinctions on Equal Opportunities; A Studyof Gujarat’ characterizes acts of caste discrimination as matters of “perception.”

What wonder then that the mass conversions at Junagarh should have taken place.

The larger question: what sort of Hindus does Modi represent? And what lessons might other non-twice born castes in Gujarat draw from the occurrence at Junagarh and from the quality and content of Modi’s perorations on the question of caste traditions and practices? In what way might these facts be reconciled with the claim that Modi is the knight on the white horse that Hinduism has been looking for?

We are told everyday by smug anchors on corporate television channels in India that the “youth” is now wholly gone over to Modi (Don’t ask how they know this; they just do). Clearly, “youthy” here comprise a miniscule percentage of India’s young citizens who have benefited rather handsomely from the neo-liberal economic policies of the government of India since the Washington Consensus. Yet, even this falange of Indian “youth,” entirely disenchanted with “political” interference with the grand task of money-making might want to consider the content of the “modernity” that Modi and his propagators have on offer.

Indeed to consider whether a society theoretically “free” to innovate and maximize profits can live happily side by side with a social order wholly as rotten and “unfree” as Modi’s Gujarat evidences with complete official endorsement.

A question that might bring into scrutiny the petty reach and the petty claims of technologies that seek to cloak the real world with the gloss, glamour, and hype of sexy, virtual alternatives whose bounties are meant to fatten the fat cats furthermore, leaving the voting masses to go on pilgrimages to far corners where the gods take away the lucky ones through the intervention of natural catastrophes.

India’s General Elections of 2014 might then become a testing ground for some of these conundrums.

For parts of this article, I am indebted to parts of Subash Gatade’s article, titled, How Modi Views Untouchability? Which appeared in the Kashmir Times of October, 10, 2013.