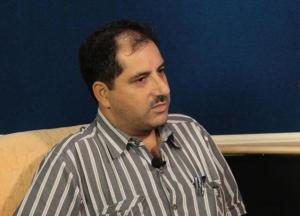 The Delhi Union of Journalists condemned the detention of Iftikar Gilani in a statement today.
The statement states- “We condemn the unwarranted and blatantly illegal action of the Delhi Police in detaining renowned journalist and well known writer, Iftikhar Gilani and the harassment to his family on February 9, 2013.

We leave you to judge the harrowing experience he faced yesterday, while on his way to his office. We take stern note of the fact that this is not the first time that Gilani has been subjected to this sort of agony and trauma. Therefore we feel it is our duty to share his version of events narrated below.

We call for immediate action against the police officials involved. The DUJ will be organizing a protest meeting in consultation with other journalists and press bodies.

On receiving information of Gilani’s illegal detention, I tried to get in touch with the Delhi Police Commissioner and other concerned authorities, in vain. The Commissioner’s office informed that the Commissioner was unavailable, while other officers played hide and seek. After hours when we learnt that Mr Iftikar Gilani was released, we contacted the PRO and informed him about his release after getting confirmation..

We convey our sincere thanks to all his colleagues and friends who monitored the situation and expressed solidarity.”

“I have no issue with what government wanted to do to maintain law and
order in Delhi or elsewhere. Repeatedly in public domains, I have
affirmed that I have nothing to do with the politics of my
father-in-law Syed Ali Geelani.”

“At 10:30 a.m I was just putting my bag in my car to leave for office,
I saw two persons in the compound enquired about the house of Geelani
sb. I asked them which Geelani sb are you searching for, making out
they could be from some courier agency? They replied that they are
searching for a Kashmiri leader, who lives somewhere in the colony. I
told them he lives in another block and tried to make them explain
directions. One of them requested, if I can accompany them.”

“So I did. On the way, they told me they are from Delhi Special Cell.
When we reached at JD18 E block of Khirki Ext. I saw a crowd of plain
cloth men in the gulley. I just pointed out to first floor and told
them their lives Geelani sb, you are searching for. As I started to
withdraw, they grabbed me and said they need few minutes to talk to
me. And virtually dragged me to first floor flat, taking away my
purse, identity card, keys etc. They could not trace my phone till
then, though they were insisting to hand over phone to them. Upon
reaching the flat, I saw many more people inside. As they got busy
with conversation to some other person, I managed to go to bathroom
and sent SMS to my office and some friends. When I was back, they
noticed the phone and took it away.”

“After 15 minutes, I saw my wife also arriving at this house, escorted
by two male plain cloth police wala.. My children were alone at my
house. I repeatedly told them, to explain reasons behind my
detention. All the time, they were very rude, threatening and warning
me of dire consequences. I also pleaded with them, even if they want
to detain me, why at the house of Syed Ali Geelani and not at my own
home or a police station. And why they had kept children away from us?”

“After five hours, I saw many voices from outside. One officer type
person came and shouted that I am free and can leave this house. In
the by-lane I saw my office people including bureau chief Saikat Dutta
and some other friends including , Aurangzeb Naqashbadni of Hindustan
Times. They had used every available contact in home ministry and
Delhi police to make them see reason. When I reached my home, some 7-8
people were there in drawing room and living room and they had kept my
children locked in bed room.”

“When we reached there, they started leaving one by one. Saying that my
children were terrified would be an understatement. They recalled how
these people in our absence banged the door and asked them to confine
themselves in bed room.”

“I have no issue with what government wanted to do to maintain law and
order in Delhi or elsewhere. Repeatedly in public domains, I have
affirmed that I have nothing to do with the politics of my
father-in-law Syed Ali Geelani.”

“I owe my living to journalism for over past two decades in Delhi. I
feel totally distraught with the behaviour of security agencies
particularly special cell of Delhi police. I feel so scared. I try my
best to raise my children in an atmosphere of peace and compassion. I
have no idea, what should I do to prove myself to be a peace loving
and a law abiding citizen.”